Starting June 26, PCCLD will offer 30 minute, walk-in browsing for patrons at all library locations (excluding Library at the Y).
No reservations are required, patrons are allowed in on a first-come, first-serve basis.
Patrons are required to make reservations for computer use.
Please see details HERE. A free curbside printing service has also been implemented. Please see details HERE.

Help
Logged In As
Log Out
LOGIN TO MY ACCOUNT
Library Hours & Location
Library Home Page
Can't Find What You Want?
Suggest a Purchase
Interlibrary Loan
Give Feedback

All Through The Night »

All Through The Night
(eAudiobook) 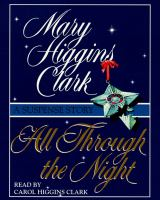 Powered By Aspen Discovery supported by ByWater Solutions
v. 20.11.00
CONNECT WITH US