Letters on Demonology and Witchcraft
(eBook) 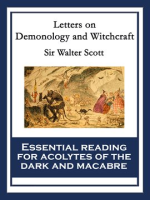