Had I Known
(eAudiobook) 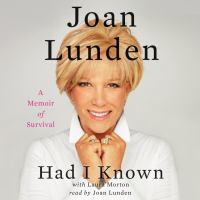