Because We Say So
(eAudiobook) 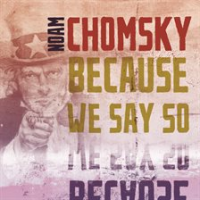