Leading from Behind
(eAudiobook) 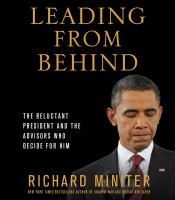