Everybody Curses, I Swear!
(eAudiobook) 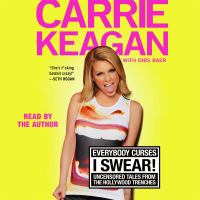