The Triumphant Tale Of The House Sparrow
(eBook) 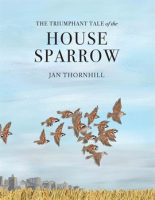