Spain in Our Hearts
(eAudiobook) 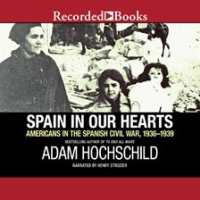