The fairy ring, or, Elsie and Frances fool the world
(Book) 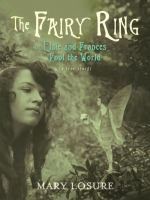